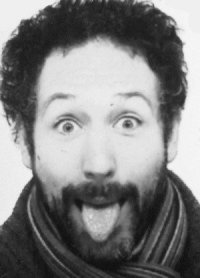 Thoughts of end of year from Denmark

Letter from COP.enhagen of Luca Tornatore and of the other climate activists still detained in the danish jails since the U.N. Climate Conference.

Something is rotten (but not just) in Denmark. As a matter of fact, thousands of people have been considered, without any evidence, a threat to the society. Hundreds have been arrested and some are still under detention, waiting for judgement or under investigation. Among them, us, the undersigned.

We want to tell the story from the peculiar viewpoint of those that still see the sky from behind the bars.

A UN meeting of crucial importance has failed because of several contradictions and tensions that have shown up during the COP15. The primary concern of the powerful was the governance of the energy supply for neverending growth. This was the case whether they were from the overdeveloped world, like the EU countries or the US, or from the so-called developing countries, like China or Brazil.

At odds, hundreds of delegates and thousands of people in the streets have raised the issue that the rationale of life must be (and actually is) opposed to that of profit. we have strongly affirmed our will to stop anthropic pressure on the biosphere.

A crisis of the energy paradigm is coming soon. The mechanism of the global governance have proven to be overwhelmingly precarious. The powerful failed not only in reaching an agreement on their internal equilibria but also in keeping the formal control of the discussion.

Climate change is an extreme and ultimate expression of the violence of the capitalistic growth paradigm. People globally are increasingly showing the willingness of taking the power to rebel against that violence. we have seen that in Copenhagen, as well as we have seen that same violence. Hundreds of people have been arrested without any reason or clear evidence, or for participating in peaceful and legitimate demonstrations. Even mild examples of civil disobedience have been considered as a serious threat to the social order.

In response we ask – What order do we threaten and who ordered it? Is it that order in which we do not any more own our bodies? The order well beyond the terms of any reasonable “social contract” that we would ever sign, where our bodies can be taken, managed, constrained and imprisoned without any serious evidence of crime. Is it that order in which the decision are more and more shielded from any social conflicts? Where the governance less and less belongs to people, not even through the parliament? As a matter of fact, non-democratic organisms like the WTO, the NB, the G-whatever rule beyond any control.

Since no real space is left in the broken theatre, we reclaimed our collective power – Actually we expected it – to speak about the climate and energy issues. Issues that, for us, involve critical nodes of global justice, survival of man and energy independence. We did marching with our bodies.

We prefer to enter the space where the power is locked dancing and singing. We would have liked to do this at the Bella Center, to disrupt the session in accord with hundreds of delegates. But we were, as always, violently hampered by the police. They arrested our bodies in an attempt to arrest our ideas. we risked our bodies, trying to protect them just by staying close to each other. We value our bodies: We need them to make love, to stay together and to enjoy life. They hold our brains, with beautiful bright ideas and views. They hold our hearts filled with passion and joy. Nevertheless, we risked them. we risked our bodies getting locked in prisons.

In fact, what would be the worth of thinking and feeling if the bodies did not move? Doing nothing, letting-it-happen, would be the worst form of complicity with the business that wanted to hack the UN meeting. At the COP15 we moved, and we will keep moving.

How the COP15 has ended proves that we were right. Many of us are paying what is mandatory for an obsessive, pervasive and total repression: To find a guilty at the cost of inventing it (along with the crime perhaps).

We are detained with evidently absurd accusations about either violences that actually did not take place or conspiracies and organizing of law-breaking actions.

We do not feel guilty for having shown, together with thousands, the reclamation of the independence of our lives from profit’s rule. If the laws oppose this, it was legitimate to peacefully – but still conflictually – break them.

We are just temporarily docked, ready to sail again with a wind stronger than ever. It’s a matter of love, justice and dignity.