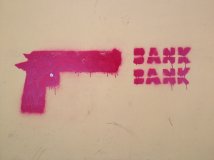 Commons & constituent power: notes from the social movements and the struggles in Italy

Commons are not a general purpose umbrella, but a milestone that enables the development of a radical perspective on social, juridical, and political matters. The separation between natural (often materials) and artificial (often immaterial) commons have resulted in the creation of conceptual taxonomies of commons and ‘common goods' and it is a trap for building a radical theory of the commons.

For instance nature, labour and education are commons according to actual italian social movements; it means there is not a separation between natural and artificial commons in relating to the struggles for commons.

For us, it does not make sense to divide the commons but be should embrace commons as a 360 degrees paradigm.

Commons theory drives us to imagine what, where and how does it work the institutional framework of the commons.

Why commons are keys now?

The Marx and Engel’s notion of a ‘primitive communism’ helps to understand how the common has become both a marker of the original condition of mankind and a radical challenge for legal and political theory. A new season of enclosures is in place and, if we can be a bit provocative, it is time for new levellers movements.

Commons are under attack and new privatisation as well exploitation processes are in place.

The current decline of State sovereignty (Streeck) shows how a liberal constitutional model recreate the conditions for continuous accumulation of power and wealth.

That is the challenge for the commons multiversity movements.

The political economy scholarship like Ostrom have analyzed the commons in terms of “institutional design,” and commons property scholars, have shown that the commons themselves are systems of regulation; drawing upon both formal and informal sources of law, which determine the use, transfer and expropriation of common resources. While this scholarship on commons uses the language of “design” as opposed to “societal constitutionalism,” both approaches similarly analyze civil society as a site for politics and sources of law and regulation (Mattei).

The sovereign State and corporate private ownership, which share a model of concentration of power and of exclusion that has incrementally squeezed the public interest outside of constitutional law by an imbalance favoring the guarantees of private property over those of democracy.

Social movements trough struggling for commons are emerging as source of the new constituent power and at national as well as at transnational level they are forming global networks capable of not only negotiating with corporate power directly but also to face the top down economic constitutionalism of such not democratic and supranational actors (Mattei).

Those kind of networks are in the nutshell an example of the institutions of the commons and commons social movements are not only expressions of political protest but also sites of societal constitutionalism.

Today, intensified by the global economic crisis and austerity measures, governments of modern liberal constitutions under the “state of emergency” act like the absolute sovereign monarchs of feudal times; transferring to the private sector anything that it desires, as if it were a private owner to serve the interests and profits of corporations (Mattei).

Social movements are playing two important functions in the context of the decline of the nation state: 1) they are expanding the concept of “politics” enclosed by the liberal constitutional form, which in turn is extending the concept of “constituent power” beyond the liberal constitutional form of representative politics 2) they are filling a crucial vacuum where representative politics has failed by offering alternative channels for political engagement.

Social movements are expanding our understanding of politics as something more than a set of actions taken in formal political arenas. They are redefining “what counts as political and who defines what is political.” Reuniting the idea of the constitution with constituent power.

Struggling for commons: what and where

In the meantime within the European transnational meeting occurred commons every time more.

United against corporations power and supranational istitutions, the commons movement are forming networks of activists together with the previous anti-globalization movement in the fight to protect common resources (Mattei).

The “political commons” in the Italian context has emergedas a strategy for claiming fundamental common goods (like water, culture, and education) and the democratic processes and spaces, which govern their access and distribution.

This commons movement is an instance of one of the many struggles taking place throughout the world and local people are pushing out the state and predatory multinationals acting in collusion to enclose common spaces and resources for the benefit of private profit. These individual struggles for the commons are linking together through global networks and are emerging as a transnational social movement challenging the top down economic constitutionalism of the WTO, and what has been dubbed the “troika”, id est European Central Bank, European Commission, and IMF.

The Italian beni comuni movement was an example of the way in which social movements are emerging as an important form of constituent power, serving not only to enforce the protections and guarantees of national constitutions but also, in the context of the decline of the nation state, as counter hegemonic bottom up forces against the top down economic constitutionalism of international economic institutions.

Those struggles show the path to build (and work for) the mentioned institutional framework for commons, under a radical perspective, beyond the Ostrom willing.