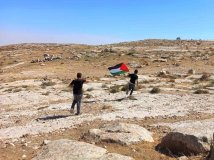 Road to Palestine, day 4 - A resistant village in the occupied land

With Youth Of Sumud activists. The threat of settlers and army raids.

A small village in the barren hills south of Hebron, At-twani. After days spent between villages and towns very close to each other and made up of houses piled one on top of the other, we finally find ourselves in an open space, our gaze runs until we catch a glimpse of the Negev desert.

We are in zone C, the one under total Israeli political and administrative control. Behind At-twani are two colonies that are illegal under Israeli law itself, but still protected by the army. The hill on which they rise stands out verdant among the others, its soil irrigated with water taken from the Palestinian villages nearby. 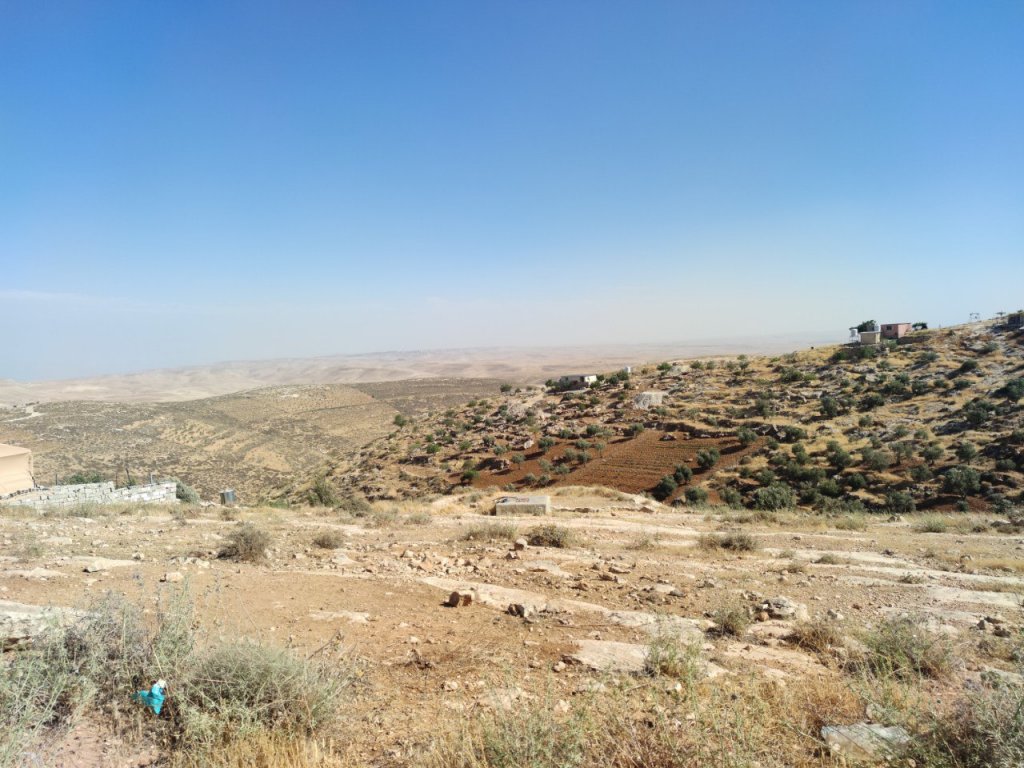 For 30 years, the farmers of these lands have been fighting to be able to stay there and to allow those who have been driven out to return.

The settlers carry out constant raids and violence, destroying crops, houses, killing animals and uprooting olive trees. Sometimes they do even worse, six months ago they almost killed a five year old boy with stones. 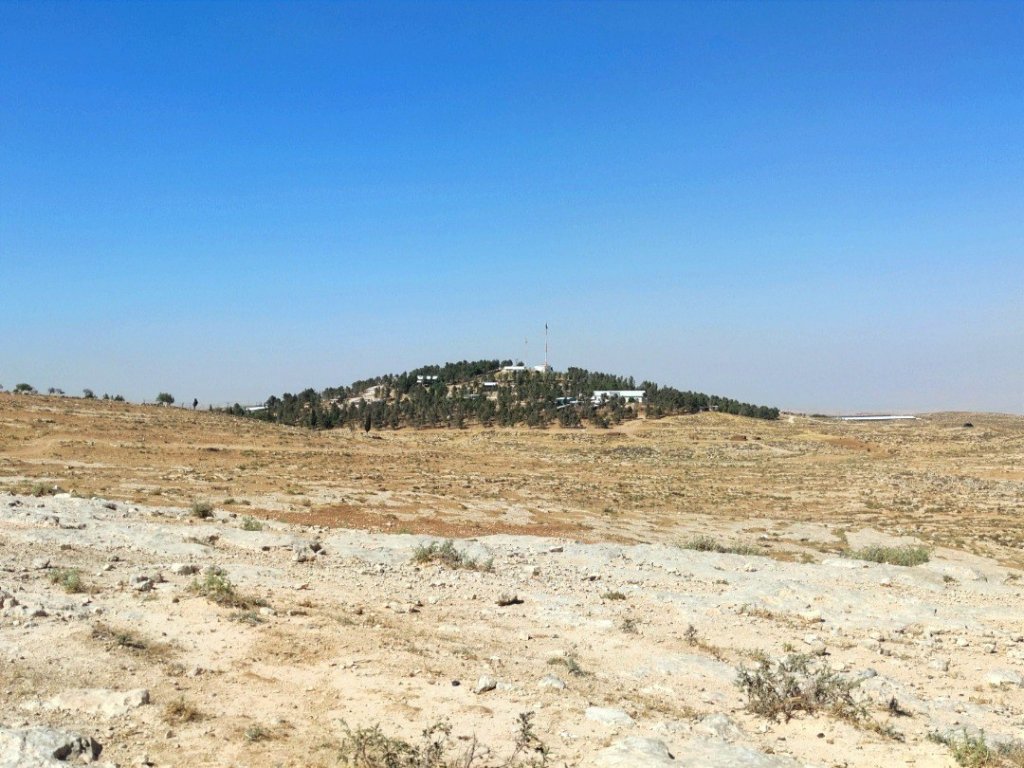 Children who go to school, shepherds, farmers and in general anyone who wants to live here or in the neighbouring villages is in danger, which is why for decades Israeli (supporters) and international solidarity groups (including the Italians of Operazione Colomba) have been coming here to support this non-violent resistance.

The Israeli army has never punished the settlers' violence, rather it legitimises it by escorting the perpetrators of the incursions. According to the State of Israel, this entire area -called Massafer Yatta- in the southern West Bank is the 'firing zone 918', i.e. a military training range. 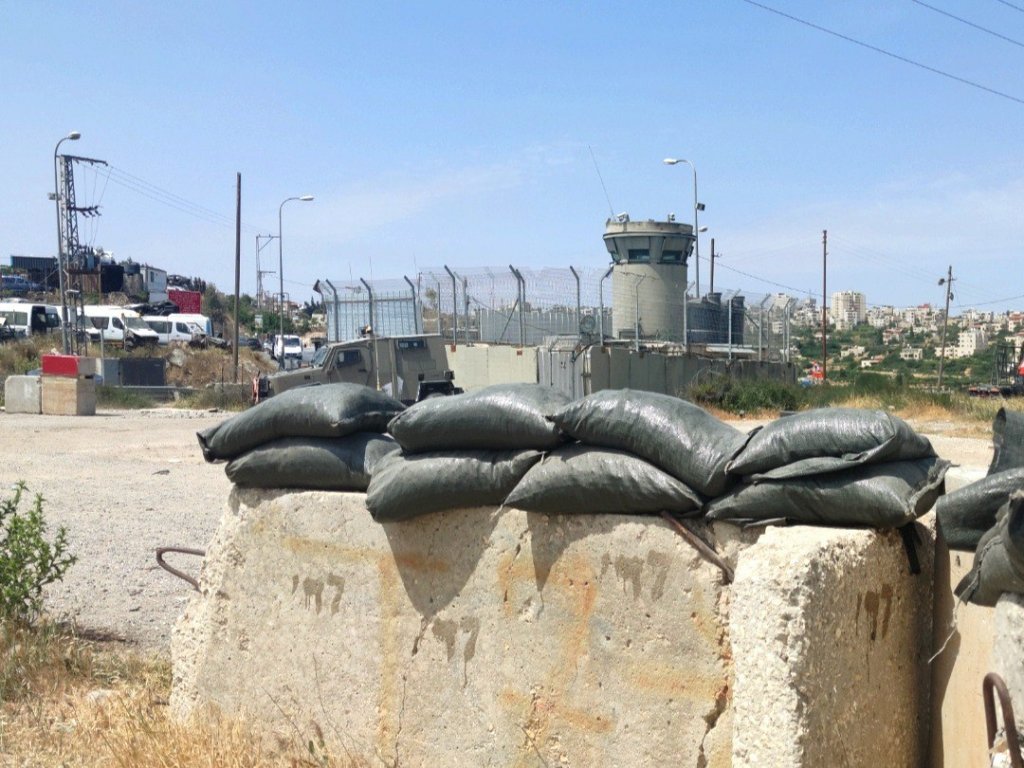 On 4 May 2022, the Israeli Supreme Court ruled that the 1,000 inhabitants of 12 villages must be driven out, but in total there are 27 threatened. The army could arrive at any moment to destroy everything.

'To be or not to be? To be is the question,' an activist from Youth Of Sumud tells us, as we help him clear the stony side of a hill and he asks if we are part of the fight against the TAV in Italy, telling us that his father was in the Susa Valley to support those battles against land expropriations and village destructions, so similar to his daily battles. 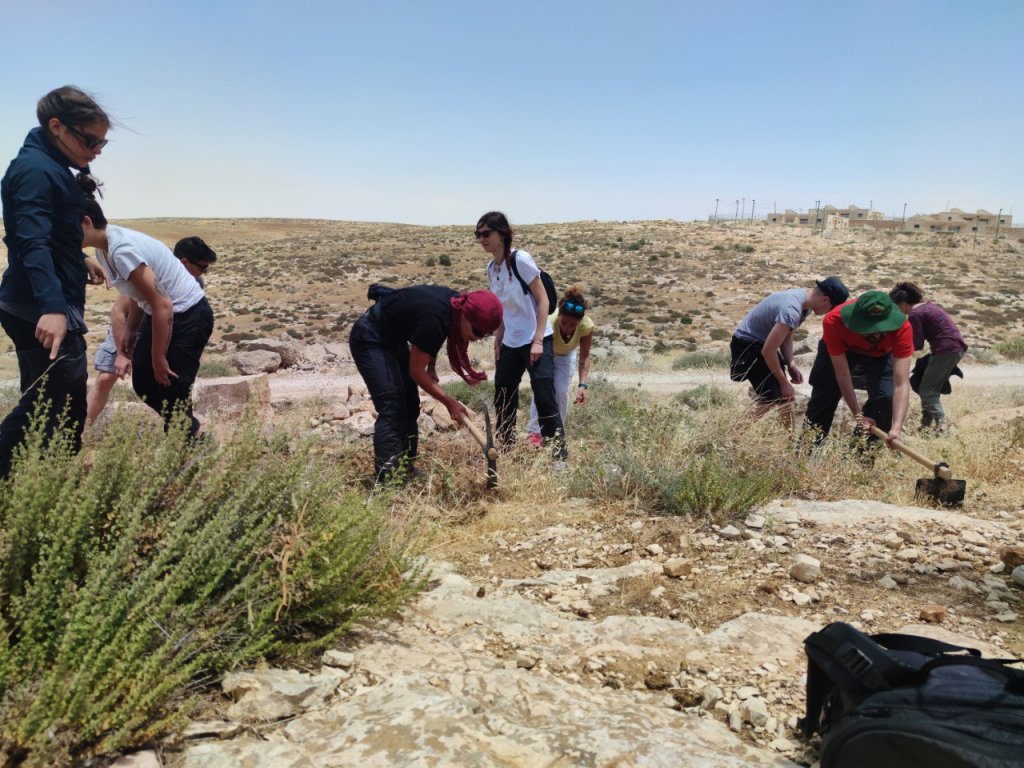 The resistance in these villages is organised by this association, which stands out on the Palestinian scene for its ability to communicate internationally. It is no coincidence that two films have been shot on these events by the independent film production company SMK Factory, directed by Nicola Zambelli: Tomorrow's Land and Sarura.

After an excellent lunch, made with Maqloube, a typical Palestinian dish of rice, aubergines and potatoes, we set off with a group of activists to go and make a few metres of dirt road made impassable again by the Israeli army bulldozers. 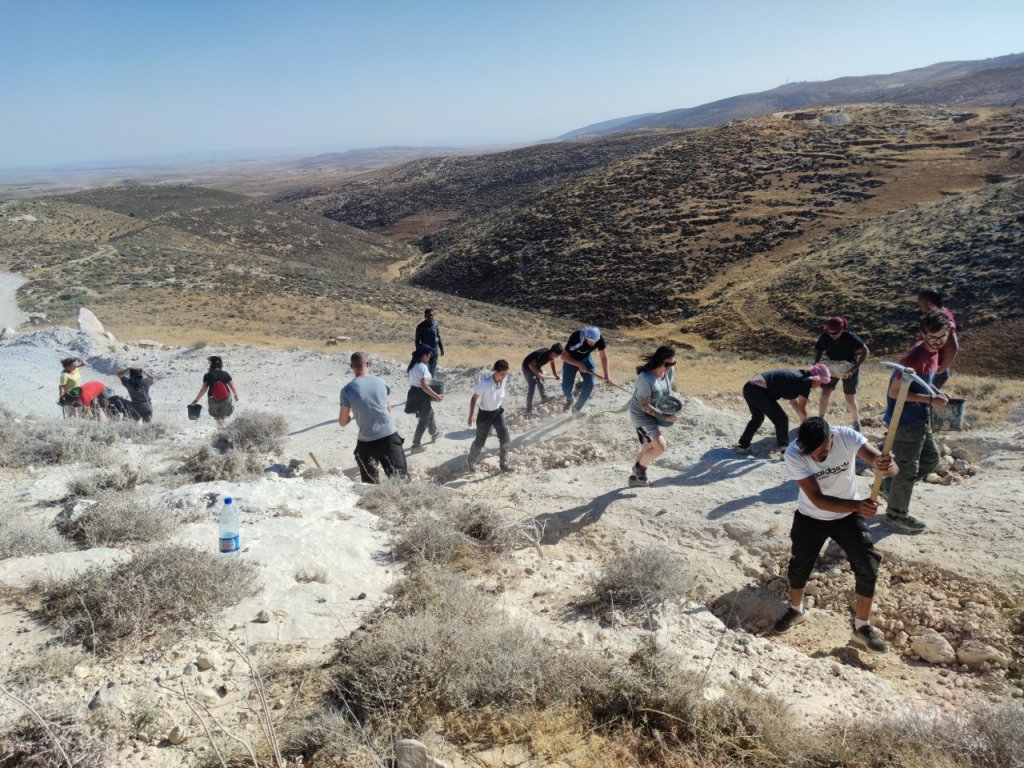 It is necessary to fill the deep holes in the road with larger stones and then level the roadway with smaller stones and sand excavated from the hillside.

The Israeli control of the territory is constant, already during the morning work we noticed a drone spying on us from above and during the afternoon work a light military armoured vehicle passed over the road we were working on, stopping just beyond it. 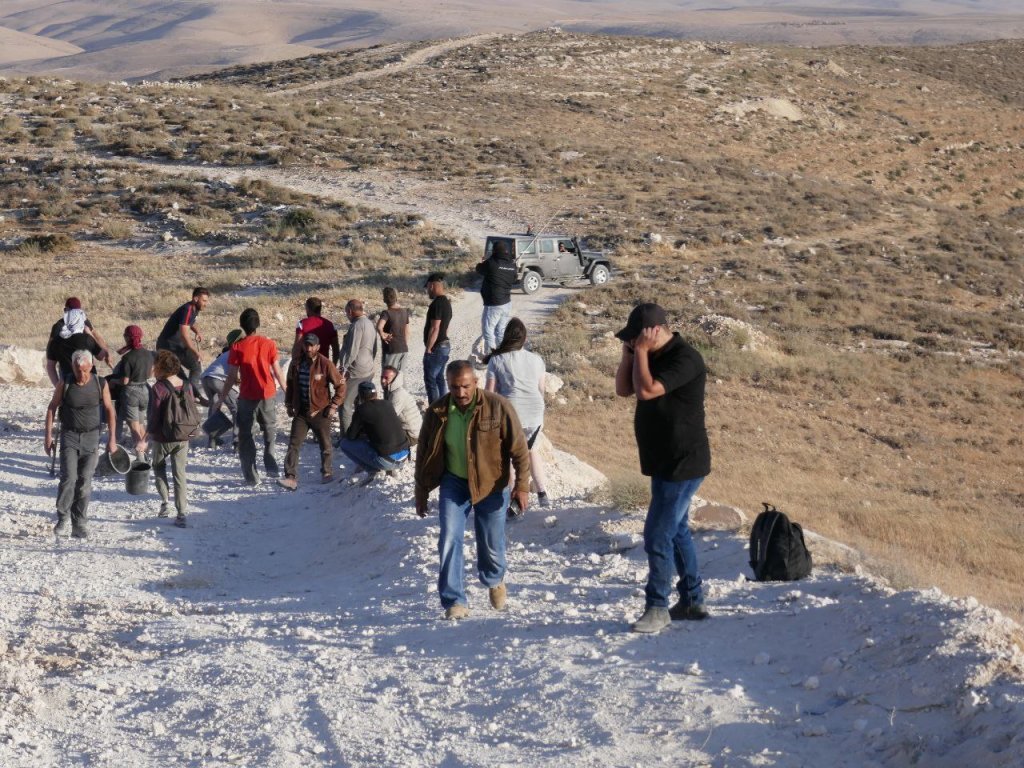 About an hour later, two cars of young Palestinians sped by at breakneck speed. At their heels was the armoured car from earlier, which came to a halt just beyond the point where we were working, filming us calmly.

After returning to the village of At-twani we ask Sami from Youth Of Sumud about their relations with Israeli supporters and international solidarity organisations. "The Israelis who come to support us are treated by their government almost worse than us, they consider them traitors".

We tell them that we noticed on the way here the signs advising Israeli citizens against approaching Palestinian villages.

Evidently preventing any human contact between the two peoples is one of the Israeli government's concerns.

It is about 2.30 a.m. when we are woken up suddenly. Pitch darkness, barking dogs, flashing lights and the outline of the armoured vehicles gradually becoming sharper in the light of the headlights. The Israeli army is combing the village, they are everywhere, prowling in groups walking in the middle of the road, they know very well that not a pebble will be thrown at them.

As the military break down doors and search houses, cars and even the mosque we notice a drone fluttering over our heads.

A young man approaches our quarters making a victory sign with both hands, he risked arrest for filming Israeli army raids.

After almost two hours, the soldiers disappeared, taking a hijacked car with them.

Apparently the reason for it all was that the guys we saw in the car today were driving too fast....

In reality it is just an excuse like any other, these kinds of incursions, residents tell us, are repeated even 3-4 times a week.

The Israeli army is already using this land as a training camp, training in the dehumanisation of its recruits, sent to threaten defenceless people in the middle of the night. 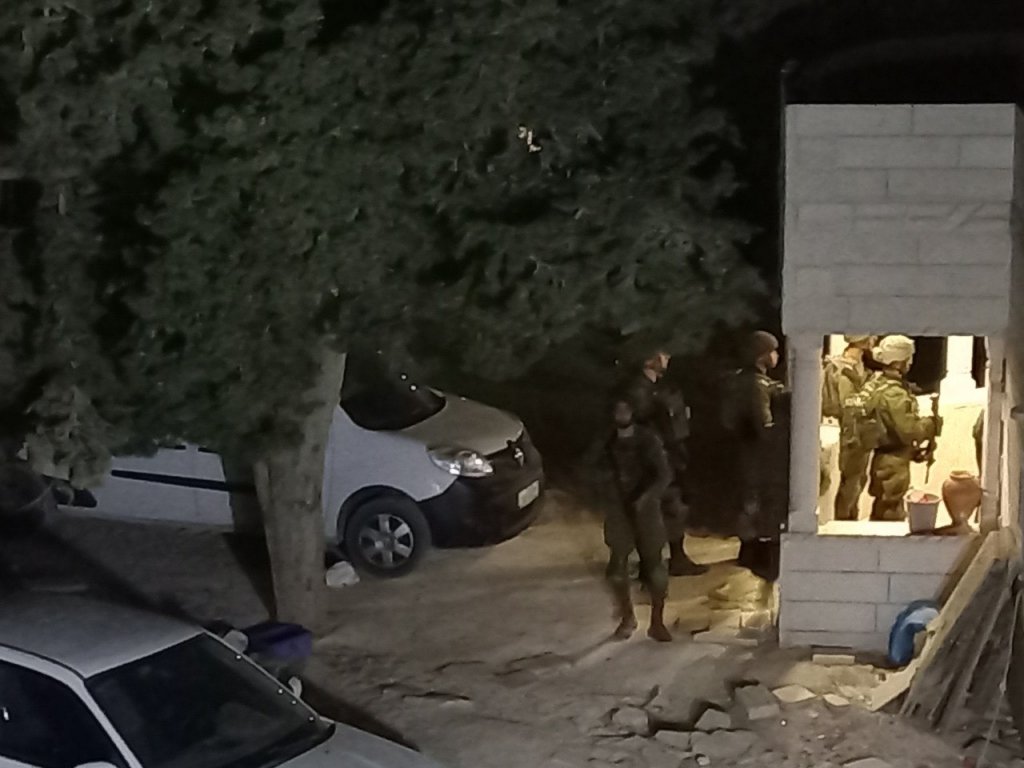