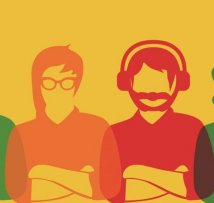 Among the Renzi Government's Christmas "gifts", the first two decrees of the Jobs Act stand out – the one concerning the “increasing guarantees” contracts and abolition of Article 18, the one that concerns Naspi (“New social insurance for employment”) - and the reform of the system of minimum taxation for self employed workers and freelancers. The fury of reform has confirmed what had already been denounced in September, during the Strike Meeting: behind the rhetoric of the "exchange" between old and new rights, stands the intention to hit everyone with no exception, stable and precarious employment, self-employed workers, students and the unemployed.

In the past year, at least in Italy, the neoliberal offensive against work and its regulations has reached an unprecedented intensity and violence. And already 2015 opens with an attack to the civil service. Flexibility in output and "employability": this is the "couple" consecrated by the executive decrees approved on December 24 (!), which is accompanied by liberalization of precariousness without necessary cause, by de-skilling of the apprenticeship contracts, by fierce tax increases against freelance workers who perform intellectual work/communication, and by the few leftovers, as usual, meant for the universal extension of unemployment benefits (to the detriment, among other things, of the funding of solidarity contracts). With full flexibility in output of the civil service, the circle is closed and Italy enters a new era.

It would be short-sighted and wrong to not grasp at the least the European nature of the reform process that hit Italy in recent months. It is evident that the "internal devaluation" ( that is to say wage devaluation) mainly hit the PIIGS, it is equally true that the European labor market tends to become homogeneous, at least for one generation. Mini-jobs (under-employment laws), active policies and dual learning, from this point of view, are emblematic examples of a new rule. If productive investments, driven by a still uncertain quantitative easing of the ECB, should shift up, they would do so within a radically changed scenario – for what concerns the relationship between capital and labor, rights, wage conditions, etc. -: that is to say, the crisis has done its job properly.

No wonder that in Italy even the most optimistic forecasters speak of a jobless recovery for 2015: the recession should stop – we repeat, should - without any decrease in unemployment, all the contrary.

In the midst of Renzi's offensive, during and after the approval of the Poletti Decree-law the process of the Strike Meeting started to take place. During these months we have already stressed the innovative character of the process, it would be redundant to go back doing so again. It is worthwhile, however, to insist on the success of the Social Strike of November 14th. Not only the numbers, which have been also powerful, but the spatial extension (more than 45 cities involved) and time (24 hours); above all, the involvement of a broad social coalition, made of temporary workers, students, unemployed, grass-roots unions, committees in defense of commons and many more. A coalition that, overcoming the traditional form of the strike, was able to innovate practices, exhibiting the extension of exploitation outside the work place, from education to reproduction, from life forms to social relations. Nothing more than the beginning, no doubt, but a beginning that has left its mark.

The crowded National Assembly of the Laboratories for Social Strike, which was held in Naples on November 30th has already stated it: the success of the #14N imposes a political, organizational, and linguistic research, under many aspects unprecedented. It started well during fall, but it is yet to be furthered. It is evident, in fact, that the expansive and independent path against the policies of insecurity - that are articulated not only with the Jobs Act and the regulation neoliberal employment market, but also through putting the whole of life to value - and that process of widespread unionization to which reference has been made in recent months, also and above all from the point of view of practical experimentation, must be pursued and developed. It is equally true that the European extension of the strike, only evoked with the actions of Paris and Berlin, has yet to be fully conquered. The matter, among others, was widely and productively discussed in Frankfurt, during the Blockupy Festival (21/22/23 November), and in mid-December in Lisbon, in the Forum on insecurity and unemployment organized by Precarios Inflexíveis.

We therefore raise and articulate, in line with the Neapolitan discussion, the second act of the Strike Meeting, that we propose to be held in Rome on the 13/14/15 of February. It will be a great opportunity of common research around three main axes:

- First axis - The process of social Strike: forms of action and widespread unionization;

We would like to dedicate the initial plenary to the first axis, so that such a delicate and decisive theme can be addressed and discussed by all and with enough time at hand.

The second axis, the second day, will be divided into workshops. Among the themes we indicate the following: the European minimum wage as an alternative to under-employment and freejobs (toward the May Day in Milan: against the mechanisms of exploitation experienced by Expo2015, a crucial match is played by the articulation of practices of conflict that look to the forms of social strike and new unionization); basic income and welfare against the business of youth unemployment (to resume the campaign "Lets guarantee our future"); the world of education, from fighting against the “Good School" reform, to the organization of the precarious researchers; commons and contrast to the “Sblocca Italia” reform; what resistance for freelancers, harassed by the separate management of INPS (national pension fund) and by the reform of the system of minimum taxation; "A day without us", how to build the of migrant labour strike and, at the same time, radically oppose the business of hospitality; production and putting to work of genders, how to resume and give substance to the issues raised by Gender Strike. This axis, can obviously be enriched by the proposals of anyone who wants to organize workshops around further disputes/joint campaigns.

The third axis will be dedicated to Europe, to the direct debate between networks, groups, unions, who want to try to build the process of a continental Social Strike. Also in this case, as well as in the first day, it will be a plenary, and will be strictly held in English.

With November 14 a new social coalition began to take the scene, putting forth practices of struggle and forms of relationship that have made and can make a difference. An important still partial, act of resistance, against the diktats of the Troika, the financial powers and global corporations. Now we have to give this coalition strength, to transform it into a daily organizational practice, against insecurity, unemployment, destruction of schools and public universities, environmental devastation and privatization. Now we have to overcome national borders and fight against the neoliberal policies of Brussels and Frankfurt.