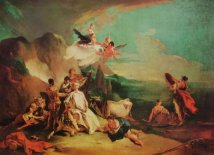 EUROPE BEYOND EUROPE Friday 24th and Saturday 25th May 2013 | Venice

For a constituent Citizens Pact: democracy versus finance.

Three years of austerity have profoundly modified the material constitution of the European Union. The path towards closer economic integration underlies a sort of “constituent process from above”, directly affecting the European institutional architecture, drastically reducing the democratic spaces, leading to a dramatic impoverishment of the continent and the wideing of social inequalities. Worse still, this process disenfranchises European citizens, placing in command economical and political powers lying outside of the sphere of democratic legitimacy and accountability.

The situation forces us to look beyond the failed solution imposed by the oligarchies that have shaped European policy for the last twenty years. Beyond an exclusionary idea of citizenship and beyond the very borders - institutional and geographical - of the European Union. We want to look instead towards the East and South in a renewed Euro-mediterranean context where the younger generations are protagonists of a radical demand for change.

At the dawn of important European mobilizations in favour of democracy and social rights (Blockupy in Frankfurt, the AlterSummit in Athens) and one year before the elections of the European Parliament, we want to construct a moment of exchange between different points of view around the necessity of a profound transformation of Europe “as is”. We think this process should be born through real conflicts that cross the European space, and through a renewed Pact between its citizens.

With the Venice event we aim to find a shared language starting from the experiences that expressed a resistance against the austerity policies all over Europe and the Mediterranean area during the last year; and to reflect together about which strategies could be more effective in the near future in a deeply changed social and political continental frame.

For this reason we have organized – starting from the afternoon of Friday the 24th and for the entire day of Saturday the 25th of May – three different sessions of debate that will be closed by a moment of exchange and summary of the different issues at stake: the first session will be devoted to the analysis of the dominant European management of the social and economic crisis and to the alternative proposals of solution; the second one will focus on the crisis of the political European institutions; the third one is thought as a common reflection of different movements engaged in those social conflicts for the construction of another possible Europe. Every session is structured with a panel of invited speakers followed by an open discussion. The event will take place in Venice – historical bridge between Continental Europe, the Mediterranean Sea and the East – in different venues: institutional spaces, university and social / cultural occupied and self-managed spaces.

Second session UNION INSTITUTIONS CRISIS, POLITICAL AND ECONOMIC INTEGRATION FROM ABOVE: WHICH FUTURE FOR DEMOCRACY IN EUROPE?

“Eros” is the story of three activists from the occupied Valle theatre who decide to leave Rome to travel around the Europe of crisis and resistances. The trip aims to track and cross the diameter that separates the opposite sides of a system on the edge of collapse: from Athens, where, just like the Valle Theater, a group of art and entertainment workers have occupied the theatre Emproz, to Frankfurt, where thousands of activists plan to block symbolically for a day the ECB activity.

in collaboration with the City of Venice